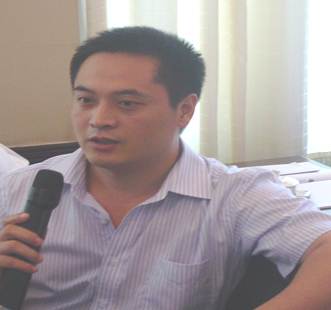 He has devoted himself to natural product chemistry in order to search compounds with antibacterial, antitumor bioactivities, with the materials of traditional Chinese medicine and ethnic drug, edible and medicinal fungi, and marine organism. Fifty articles were published on Organic Letters, Food Chemistry, Journal of natural products, Tetrahedron, Phytochemistry, et al. Our current research projects include collection and fermentation of rare edible and medicinal fungi from the Tibet Plateau, extraction, isolation and structure elucidation of bioactive secondary metabolites.

1. Studies on the biological ametabolites from medicinal fungi (the bird's nest fungus)
Bird's nest fungi are a small group of saprophytic fungi that have an unique way of reproducing. They belong to the family Agaricaceae with three genera Nidula, Cyathus and Crucibulum. They have been known as a fascinating group of fungi not only for their special appearance but also their potential of producing a group of diterpenoids with unique skeleton. The genus Cyathus is known for production of cyathins, a class of diterpenoids with a unique [5-6-7] tricyclic ring skeleton and showing anti-inflammatory activity and antibiotic activity. In our searching for cytotoxic natural products from the medicinal mushroom, the EtOAc extract of the solid culture of the fungus C. africanus showed NO inhibition and cytotoxicity against Hela cell line in vitro. Chemical investigation on the organic extract led to the isolation of eight secondary metabolites including five new cyathane diterpenoids named cyathins D-H. The part results of our research have been published in Fitoterapia (2013，84, 22-31).

2.    The Chemical Study of Hericium erinaceus