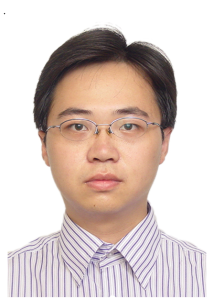 Center for Research on Intelligent Perception and Computing,

University of Chinese Academy of Sciences

Zhaoxiang Zhang received his bachelor's degree from the Department of Electronic Science and Technology in the University of Science and Technology of China (USTC) in 2004. After that, he was a Ph.D. candidate under the supervision of Professor Tieniu Tan in the National Laboratory of Pattern Recognition, Institute of Automation, Chinese Academy of Sciences, where he received his Ph.D. degree in 2009. In October 2009, he joined the School of Computer Science and Engineering, Beihang University, as an Assistant Professor (2009-2011), an Associate professor (2012-2015) and the vise-director of the Department of Computer application technology (2014-2015). In July 2015, he returned to the Institute of Automation, Chinese Academy of Sciences. He is now a full Professor in the Center for Research on Intelligent Perception and Computing (CRIPAC) and the National Laboratory of Pattern Recognition (NLPR).

He is serving as the Associated Editor of IEEE T-CSVT, Patten Recognition, Neurocomputing,  and Frontiers of Computer Science. He has served as the Area Chair, Senior PC of international conferences like CVPR, NIPS, ICML, AAAI, IJCAI. He is a Senior Member of IEEE, a Distinguished Member of CCF, and a Distinguished member of CAAI.

He has been awarded with "The National Youth Talent Support Program" and "New Century Excellent Talents in University". His research has won  the "Technical Inovation Award of the Chinese Association of Aritifical Intelligence".